UPDATE: According to Above The Law, the "Cravath scale" has been adopted by Cleary Gottlieb Steen & Hamilton in Hong Kong and Beijing.

Milbank, Tweed, Hadley & McCloy has announced that it will match the new “Cravath scale” across its Asia offices, to go with its offices in other parts of the world.

Cravath, Swaine & Moore last week unveiled a salary scale that offered $180,000 to its first-year associates. Paul, Weiss, Rifkind, Wharton & Garrison and Milbank were among the first to match it.

Since then, a number of U.S. law firms have announced they would be matching the Cravath scale, at least in their home market, including Latham & Watkins, Sidley Austin, Proskauer Rose and O’Melveny & Myers.

In a release, Milbank announced that the following salary scale would apply to its Asia offices in Beijing, Hong Kong, Seoul, Singapore and Tokyo:

Cravath’s announcement marked the first salary hike for associates in nine years, or before the 2008 financial crisis. 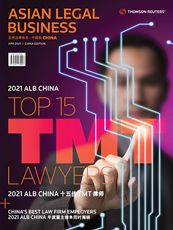