Fried, Frank, Harris, Shriver & Jacobson is closing its Hong Kong and Shanghai offices, effectively pulling the firm out of Asia.

A source at Fried Frank told ALB that partners were informed last week of the decision, and that the offices will be closed by the end of June. Media reports indicate that the firm’s Asian offices were operating at a loss.

Fried Frank’s four partners, 10 lawyers and 18 support staff in Asia are currently discussing their potential relocation options within the firm’s network, but most are expected to leave the firm.

The firm is still committed to servicing clients in the region, and is likely to retain its Chinese practice license and operate service offices in both Hong Kong and Shanghai.

After the winding down of Fried Frank’s Hong Kong and Shanghai offices, the firm will have effectively exited Asia. The firm has five other offices in New York, Washington DC, London, Paris and Frankfurt.

Fried Frank opened its doors in Hong Kong in 2006, nabbing nine partners from UK firm Simmons & Simmons, before establishing its Shanghai office in 2007. 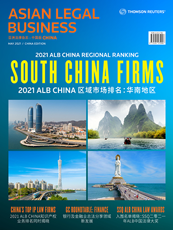