More women are making their mark as leaders in various fields today. However, for many, it is still a long way to the top as many women continue to face various factors that limit their full career advancement.  With women still pushing to reach the top, they are faced with a range of challenges that many of their male CEO counterparts don’t understand. These issues that are preventing many women from achieving their goal of becoming a leader at their company and diminishing their ability to get ahead in business.

Join us at the ALB Women in Law and Business Forum Online 2020 as we aim to inspire and empower women leaders. This forum will help drive progress by addressing barriers to women’s careers, enabling professional and personal development, and examining how executives can change their culture to lead, attract and retain talent.

Regardless of gender or role – whether you are a board director, CEO, senior or middle manager, entrepreneur or young emerging leader, the Women in Law and Business Forum is an informal get to gather for valuable source of information, insights, knowledge and experience sharing for you.

Please stay tune for more updates on the programme agenda.

Please stay tune for more updates regarding the event speakers.

Republic of the Philippines

Ranajit Dam is the Managing Editor of Thomson Reuters Legal Media Group, which includes Asian Legal Business, Asia’s foremost monthly publication covering the legal industry. A former lawyer, Dam has been a journalist for more than 15 years, after graduating from Columbia University’s Graduate School of Journalism. Since then, he has worked in the United States, India, China and Singapore, where he is currently based.

After working in both the Legal and Trade Policy Bureaux of the Department, she took up a position as Legal Advisor to Canada’s Permanent Mission to the World Trade Organization in Geneva, Switzerland before serving as Counsellor and Head of the Trade Policy Section at the Embassy of Canada in Washington, D.C.

In 2014, she became Consul and Senior Trade Commissioner at the Consulate General of Canada in Hong Kong and Macao and in 2016, was appointed as High Commissioner of Canada to Singapore.  She is married and has two children.

Originally from Madrid, Spain, Almudena Gomez is currently based in Manila as LaLiga delegate to the Philippines.

She studied a Bachelor's degree in business administration and management between Spain and the US, and with a Master's degree in international business, Almudena's experience has been linked to international development. After working as an International Trade Advisor for the Spanish Embassy in Indonesia and as a Senior Innovation and Strategy Consultant in Spain, she joined LaLiga in 2017 to be part of LaLiga Global Network international project in the Philippines.

Since then she’s been working to promote LaLiga's brand in the country, its football competition, and its clubs.

Christina has been with Fidelity International since 2014 overseeing risk and compliance functions within the office of the General Counsel, including internal investigations, crisis management, fraud prevention, anti-bribery and anti-corruption, security risk advisory and business continuity planning. Prior to joining Fidelity, Christina worked in governance, risk and compliance for a global legal information services provider as well as in various research, analysis, writing and case management roles. Christina is a U.S. qualified attorney, licensed in New York and Massachusetts. Christina was an enthusiastic participant in this year’s Hong Kong Corporate Rugby Sevens tournament and enjoys hiking, skiing, travelling, a good psychological thriller and running around with her two young children.

Indonesian citizen, born in 1981. She is a Director in PT SOHO Global Health since 2015.  She is the only one female Director and youngest member in the Board of Directors.

She passed with Bachelor degree from Law Faculty of Universitas Indonesia in 2003, and Master of Law of International Commercial Law (Distinction) from University of Nottingham, England in 2009.

She leads various functions such as Legal, Compliance, Human Resources, and Corporate Secretary.

Sandhya joined Nielsen in March 2016 as the Chief Counsel and Integrity Leader for South Asia, after spending many years in banking and consulting. As an in house counsel of more than 18 years of experience, Sandhya brings together a collective strong experience of managing matters pertaining to legal, ethics and compliance, litigation and complex regulatory issues and Government relations to the forefront. As a result of the combined experience of having worked in a law firm, a Big 4 and a large financial institution, she is able to guide and advise businesses and management to grow and sustain in challenging environments.

As the Chief Counsel and Integrity Leader, Sandhya is also a part of Nielsen's South Asia Leadership Team. In her role, she brings in a confluence of best practices across legal, ethics and Integrity and policy-making to the forefront.

Prior to Nielsen, Sandhya worked with ANZ Banking Group Limited wherein she was the Head of Legal for India. Her experience in ANZ over 8 years covered a gamut of matters, from assisting the business to set up their operations in India, providing legal and regulatory support on various products and assisting in strategic business initiatives and managing high value litigations.

During her tenure, Sandhya has also gained exposure to manage senior regulatory relationships and complex regulatory matters including interfacing with senior regulators, Government and Consular officials on policy matters and DFAT objectives.

Prior to joining ANZ, Sandhya worked for PwC for around 5 years heading the legal practice within the Tax and Regulatory team and advised clients on a host of corporate and commercial issues. Sandhya started her career in 1999 in private practice with a leading law firm called Kochhar & Co. in New Delhi where she gained experience in laws relating to foreign direct investments and corporate law.

Sandhya holds a Bachelor of Law degree from Mahatma Gandhi University, Cochin. Sandhya has been a recipient of Legal 500 GC Award, Legal Era Rising Star Award and other awards. She regularly speaks at conferences on various issues like Compliance, Governance, Ethics, and Investigations. Sandhya is part of a few professional women communities and has mentorship roles outside. She is the POSH Chairperson at Nielsen and takes an active interest in diversity and inclusion topics and initiatives.

Named in Legal 500's GC Powerlist Southeast Asia 2017 and awarded again for the second time 2019 in the publication which recognizes an array of the most influential and innovative in-house counsel working in the region, Diana The is an well-established legal professional with strong business acumen.  Based in Singapore with 20 years of experience in the financial services industry, she is known to have a proven track record directing strategic vision and building and leading legal teams across Asia-Pacific.

She is prolific speaker in both legal as well as financial services industry.  As a strong advocate for on gender diversity, she has also spoken in various conferences as an advocate for women in leadership positions. She holds several leadership positions in various non-profit organisations, including Nanyang Business School as well as Equestrian Federation of Singapore.

Also, an accomplished athlete, where most notably, in following her passion in horse-riding, a sport which she picked up 8 years ago, she became competitive in equestrian where she has competed in dressage as well as showjumping, both at the club level as well as national level.  Her most recent achievement was being part of Team Singapore in the equestrian discipline of endurance riding in the South East Asian Games 2017 held in Malaysia.  She was part of the pioneer team to represent Singapore for the first time in an 80km endurance event at the regional level.

She is currently the CEO of SC Beauty Network, managing operations in more than 14 countries. She has also authored several books and appeared in multiple media newspapers & books. In 2014, she lead an empowering women campaign with Singapore Committee of UN Women, as well as becoming the face to Shiseido in the same year. She is a sought-after speaking having spoken about entrepreneurship, investment & trade equity financing, networking, evolution of retail e-commerce etc at global & international conferences. Having spoken at universities in SEAsia including KDU, Dwi Emas International, University of Malaya, Manipal University, Taylor's College & Uni, NUS, SP Jain and more, Leza dedicates to lecture monthly on topics related to personal branding, entrepreneurship and leadership. Apart from university talks, Leza also speak at international conferences in Asia including HK Retail in HK, BEAM Summit in Singapore, HYWE Conference in India, BWMC in Malaysia and more.

In 2014, she (then 28) was acknowledged as Singapore Youngest Business Guru and her story told in a publication "The Lady Boss" available in bookstores. In 2019, Leza bagged the award as Asia's Greatest CEO 2019 awarded by URS and Asia One. She has invested and incubated several companies including a baking studio, beauty academy, tuition centres, art schools, baby goods marketplace and photo studio. 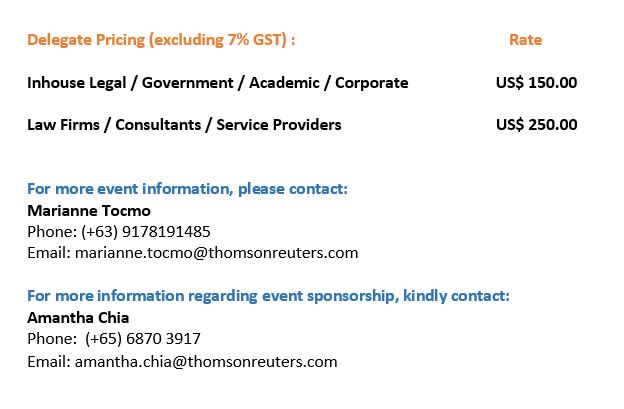 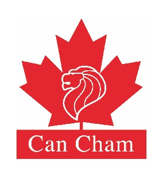 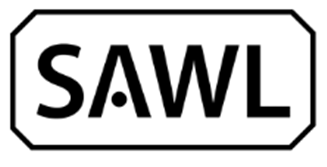