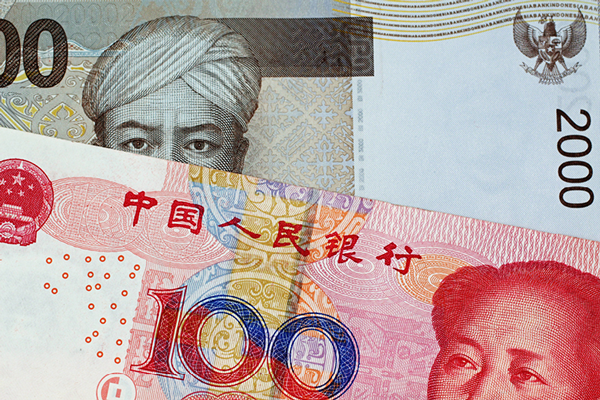 China is already one of Indonesia’s top sources of foreign investment, and with Asia’s largest economy expanding its Belt and Road programme and other initiatives, the flow of capital is all set to continue. But while plenty of opportunities lie ahead for investors in Indonesia, what challenges would they need to overcome?

With a population of 268 million and a nominal GDP of more than $1 trillion, Indonesia is, without a doubt, a heavyweight in Southeast Asia.

And the country is also getting increasingly intertwined with the second-biggest economy in the world – China.

“Bilateral relationship between China and Indonesia is growing at a steady pace with lots of mutual respect and trust, especially so under the helm of President Xi Jinping and President Joko Widodo, as President Jokowi had reiterated in many international summits, expressing his desire that Indonesia wishes to seize on the momentum of the Belt & Road Initiative,” says Will Fung, senior foreign counsel at Grandall Law Firm.

Fung believes that Indonesia will focus on infrastructure development and connectivity in the next decade or two, citing examples such as the Jakarta-Bandung high-speed railway (HSR) project. And such cooperation will certainly boost the economic ties between the two countries.

“We believe that the relationship between China and Indonesia is getting even better in the past years. From our perspective as corporate lawyers, we have seen a lot of investment made from China to Indonesia, either entirely owned by Chinese investors or jointly owned by Indonesian investors,” says Robert Hasan, an associate at Ivan Almaida Baely & Firmansyah Law Firm (IABF).

Hasan notes that the chief of the Indonesia Investment Coordinating Board (BKPM) recently mentioned that "over the last five years, China has gone from being the 13the largest international investor in Indonesia to arguably Number One today."

Patrick Wang, managing partner at T&C Law Firm, observes that there are a lot of Chinese domestic companies going to Indonesia to invest in, or enter into joint ventures in, different industries like mining, m manufacturing and infrastructure.

“In terms of investment, in just over five years, China has risen from being the 12th largest source of foreign investment in Indonesia to now being the third-largest, after the United States and Japan. In the past five years, the amount of newly signed contracts and turnover of completed projects in Indonesia by Chinese players have increased by 2.16 times and 1.92 times respectively,” says Fung.

BOOM FROM THE BELT

One major factor driving this growth in investment is China’s ambitious Belt and Road Initiative (BRI) to build connective infrastructure around the region.

“Since the promotion of BRI began in 2013, China has been the largest trading partner of Indonesia for many years, and its advantage is becoming increasingly obvious. In 2016 alone, China was not just the largest import market but also the largest export market for Indonesia. In the first half of 2018, bilateral trade between China and Indonesia increased by 28 percent year-on-year reaching $37.4 billion,” says Fung.

“There are solid reasons to believe that China will soon become the largest foreign investor in Indonesia in the next 10 years, as BRI and ‘maritime power’ have given the opportunity for the two nations to align their respective strategies,” Fung adds.

Legal professionals are seeing evidence of this through their own portfolio of clients.

“In terms of the sectors, the natural resources, the mineral,  industrial. Raw materials like cement manufacturing. That is what I am  getting involved in the legal aspect for our clients,” says Wang.

Indonesia’s volatile political scene prior to its elections might have put off some investors previously, but now that the elections are over, things are improving.

“Indonesia is a multi-ethnic and multi-religious country. Political stability and multi-racial relations would be one of the issues of concerns to Chinese investors,” says Fung.

“We believe that the Belt and Road initiative may bring more impact to Indonesia in the upcoming years as the presidential election process in Indonesia has been completed, which certainly gives more confidence to the foreign investors (including from China),” says Hasan.

He cities the Jakarta-Bandung high-speed railway being built by a Chinese consortium and some Indonesian partners as an example of closer cooperation via the BRI.

But Chinese investors must be careful to not rock the boat unnecessarily.

“Chinese enterprises and their seconded senior management personnel should fully respect the religious beliefs (being the largest Muslim nation in the world) and customs of local residents, do as the Romans do and carry out social activities in accordance with local etiquette standards, and not be seen as a threat to seize the economy pie with the locals,” Fung cautions.

Going forward, there will be room to expand for Chinese companies, and explore new fields of opportunities.

“China and Indonesia can promote more complementary industrial cooperation in resources, minerals, fisheries, manufacturing and agriculture. Indonesia is rich in palm oil, coal, nickel, natural gas, oil and other mineral resources, as the domestic growth within China increases, China would certainly need and will indefinitely increase its imports on such commodities from Indonesia,” says Fung.

“On the other hand, Indonesia may require capital and technology inflow to assist in the development of its very own enormous potential for growth. In this regard, China can offer real and substantial assistance and cooperation for the processing and utilization of resources and energy in Indonesia.”

Fung feels China is both able and willing to provide better technologies for Indonesia’s agriculture and fisheries sectors.

Others say China is eager to export some of its innovative tech business models to an untapped market like Indonesia.

Hasan believes the Chinese investments in Indonesia is heading to the field of information technology, especially in the field of P2P and equity crowdfunding. This is in reference to the issuance of Chairman of Financial Service Authority (OJK) Regulation No. 37/POJK.04/2018 of 2018 regarding Equity Crowdfunding based on Information Technology at the end of 2018 (i.e. 31 December 2018).

“We have seen in the past that some Chinese investors requesting legal advice mainly on: (i) construction (EPC) for power plant; (ii) the business activities of lending and borrowing money services based on information technology (commonly known as peer-to-peer lending or P2P); and (iii) application services and/or content through internet services (OTT Services),” says Hasan.

But he says that OTT services have not been regulated in Indonesia. “There is only a Circular Letter No. 3 of 2016 regarding the Provision of Application Services and/or Content through Internet (Over The Top) (the MOCI Circular), which was issued with the purpose to give understanding to the OTT services providers and telecommunication providers to prepare themselves to comply with the regulation of the OTT services which currently is being prepared by the Ministry of Communication and Informatics,” Hasan adds.

“Pursuant to the MOCI Circular, the OTT services may be provided by foreign individuals or business entities under the condition that they must establish permanent establishment in Indonesia based on the prevailing regulations in the area of tax,” says Hasan.

Once the world’s factory, China’s shift away from that role may soon fall to Indonesia.

“With China's manufacturing industry aiming to relocate and shift their production lines in the ASEAN region in large numbers, Indonesia may wish to accommodate, formulate and promulgate on more favorable policy for their foreign direct investments, this would certainly result in helping the creation of more jobs for Indonesians at large,” says Fung.

But before any of this can happen, it is of vital importance for Chinese investors to have a whole picture of the foreign investment regulations and principles to access in Indonesia, of which certain areas are prohibited from foreign investment, while others have equity requirements.

“It is a good indicator that the Indonesia Government had in 2018, cancelled the market access restrictions in 54 areas where foreign investors can own 100 percent equity interest,” says Fung,

When carrying out potential investments in Indonesia, Chinese investors need appreciate that Indonesia is a huge country, with 34 provinces, divided into regencies and cities, hence it is not difficult to understand the implementation of Indonesian laws and regulations may vary according to local / unique circumstances.

And the laws themselves are ever-evolving.

“The problem is that the laws and regulations regarding foreign  investment in Indonesia is uncertain and always changing. There are  some restrictions in certain areas and also the percentage of shares  for foreign investors is limited in certain amount. Chinese investors  are not allowed to have control in invested companies in some mineral  investment, less than 49 percent,” says Wang.

“Also there's some procedures for the investment, it is not so  clear. Our clients always spend a lot of time getting clear on what  the exact procedures they need to follow up. I think there should be  some transparent, clear and certain channels for foreign investment.”

“Some Chinese investors may be interested in some business fields that are open with conditions, for example in the field of P2P which is only open for 85 percent maximum foreign investment,” says Hasan.

The green factor should not be neglected either.

“Although a developing nation, awareness of environmental conservation is rising, as Indonesia is highly concern with issues pertaining to environmental protection, depending on industry, Chinese investors should be mindful not to exploit the nation’s rich flora and fauna reserves,” says Fung.

Global political currents are likely to affect the duo as well.

“The trade  war has affected some industry in China and now they have to  restructure and have a plan for the future. This is subject to other  countries who might be affected by the trade war as well. I have  observed that the US government have recently made some comments that there could be some action on tariffs which will adversely affect  Chinese plans,” says Wang.

Despite uncertainties in the global economy, such as rising interest rates in the dollar, the trade war between the United States and China, and the economic crisis in some emerging markets, Fung remains optimistic about the present.

“Indonesia's broad stock index is likely to rise, and government bond returns are extremely positive,” he says. “2019-2020 is still the best time to invest in Indonesia, whether it is in direct or portfolio investments.”