Moving towards the TPP 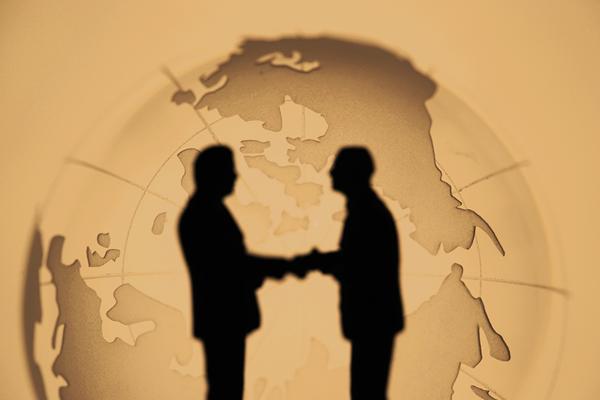 In early February, The Trans-Pacific Partnership (TPP), one of the world’s biggest multinational trade deals, was signed by 12 member nations, including a number of key Asian economies. Ranajit Dam speaks to lawyers about the impact the TPP is expected to have on the demand for legal services in the region as a result.

With additional reporting by Rebecca Howard of Reuters

On Feb. 4, it finally happened. After five years of tough negotiations, the representatives of 12 Pacific Rim countries got together in Auckland, New Zealand, to sign the Trans-Pacific Partnership (TPP). One of the world’s biggest multinational trade deals, it will cover some 40 percent of the world economy, and counts promoting economic growth, creating jobs, and promoting transparency and good governance among its stated goals. Measures include the lowering of trade barriers such as tariffs, establishing an investor-state dispute settlement (ISDS) mechanism, and setting common standards on issues rang¬ing from workers’ rights to intellectual property protection in 12 Pacific nations.

However, the massive trade pact will still require years of tough negotiations before it becomes a reality. At the ceremony, New Zealand Prime Minister John Key said the TPP was “still just a piece of paper, or rather over 16,000 pieces of paper until it actually comes into force.” The treaty will now undergo a two-year ratification period in which at least six countries – which account for 85 percent of the combined gross domestic production of the 12 TPP nations – must ap¬prove the final text for the deal to be implemented. The 12 nations are Australia, Brunei, Canada, Chile, Japan, Malaysia, Mexico, New Zealand, Peru, Singapore, the U.S. and Vietnam.

The deal may be two years away from coming into force, but law firms have already begun making preparations for it, as they believe the TPP will positively impact the need for legal services in the region. “Once the bloc is fully functional, the TPP will likely have a significant positive impact on demand for legal services across the trade area, including in Asia,” says Sam Luttrell, a Perth-based counsel with Clifford Chance. “As countries outside the original group of 12 accede to the TPP, this impact will extend to other national legal services markets. Examples here are Indonesia and the Philippines, which have indicated that they wish to join the TPP.”

Luttrell notes that demand for international trade law expertise will grow, as the TPP contains an elaborate rules-based trade regime that will need to be explained to businesses, particularly those engaged in large scale manufacturing and cross-border trade in goods - and then operated by their lawyers. “Businesses engaged in cross-border trade in services, including financial services, will also need assistance navigating the treaty,” he says. “The practitioners who stand to gain here are those with experience in the WTO system, as the TPP’s trade rules are similar in design. However, historically, the Asian legal market has been undersupplied with international trade law expertise, so I expect to see regional firms adding capacity in this area.”

Nicholas Lingard, an arbitration partner with Freshfields, notes that at its most fundamental, the TPP is designed to stimulate trade between member states. “As a result, we anticipate there will be greater demand for transactional advice – particularly in the M&A space – as companies take advantage of reduced trade barriers,” he says.

He adds that there will also be opportunities for companies in non-TPP states to restructure assets in order to leverage the TPP where, on the whole, the entry threshold to utilise the treaty is quite low. “We anticipate that some multinationals based outside TPP states will look to take advantage of the TPP and, in doing so, there may be an uptick in the demand for related legal services. Additionally, the treaty has a strong focus on IP protection for those assets within member states, and we expect to see quite a bit of activity from companies looking to navigate the TPP’s requirements in this realm,” says Lingard.

Noting that the TPP also includes a detailed Investment Chapter, Luttrell feels there will be increased demand for lawyers specialised in international invest¬ment law and ISDS as a result. “In this segment, demand will first manifest as demand for front-end investment structuring and admission advice – that is, how to structure an investment so it is covered by the TPP – and demand by TPP governments for capacity building and technical assistance in ISDS and foreign investment regulation. This is an area where demand is already growing as TPP states anticipate the ratification of the treaty,” he notes. “Over time, this will evolve into demand for representation in ISDS cases against TPP states. International arbitration lawyers will have a natural advantage in this area. However, lawyers experienced in cross-border litigation will be well positioned to compete for investment dispute work, especially if some form of standing investment court or ISDS appellate body is set up in future (as contemplated expressly in the TPP), which might well make ISDS under the TPP as much like litigation as arbitration.”

Lingard agrees. “A real strength of the TPP is the emphasis it places on access to ISDS mechanisms, which entitle investors to submit disputes with TPP states to binding international arbitration,” he says. “This will prove very attractive to certain sectors, such as energy and natural resources, in which companies often do business in jurisdictions with underdeveloped or rapidly shifting legal frameworks where trust in and familiarity with local courts is still maturing.”

He says that this will prove most significant to Singapore, which is already well positioned as an international arbitration destination. “The TPP further bolsters Singapore’s claims as an arbitration centre, and we expect increased arbitration workflow in the jurisdiction as a result,” says Lingard.

Additionally, Luttrell notes that the TPP-driven demand for lawyers who specialise in treaty arbitration is reflected in the changing curricula of local universities, and in their increasing interest in attracting treaty expertise from non-TPP jurisdictions. “For example, Singapore-based Centre for International Law has an elaborate programme dedicated to treaty arbitra¬tion; it employs a number of prominent academics who are most known in the field of treaty arbitration, such as Chris Thomas QC and Lucy Reed, formerly of Freshfields,” Luttrell says. “While several years ago investment arbitration was at best a lecture or two in standard dispute resolution mod¬ules, I expect it to take a more prominent place in the academic curricula in the years to come, and I expect more locally trained lawyers to take over ‘imported’ treaty expertise.”

More importantly, Luttrell feels that the TPP will also increase demand for lawyers who specialise in fields not traditionally associated with trade and investment, such as labour and environmental law. “This work will include advice to governments, as some TPP states will need considerable technical assistance bringing their national laws into compliance in these areas,” he adds.

According to Luttrell, in the short term, the legal services that will be in highest demand will be those relevant to the implementation of the TPP – both on the government side and the business side. “For the governments of less-developed TPP states, specialist lawyers, particularly those from TPP states with advanced commercial legal systems, will be needed to advise on implementing laws and regulations in areas such as customs, financial services, IP and foreign investment. Lawyers who have experience drafting legislation will be particularly well positioned to capture this work,” he says.

Support will also be needed to implement TPP labour and environmen¬tal standards, and to comply with the treaty’s rules regarding state-owned enterprises, an area where command economies like Vietnam will have significant changes to make, notes Luttrell.

On the business side, he observes that there will be demand in essentially the same areas – first for advice on what TPP states are doing to implement the treaty, and second for advice on what businesses need to do to comply with the implementing laws and regulations TPP states pass. “In some areas, tariff barriers will be abolished completely on day one of the TPP coming into force. Companies need to gear up well in advance if they are to benefit fully from the changes the TPP brings in. Firms with established offices in TPP states will have an advantage, as they will have the local law expertise and network needed to gather intelligence on implementation progress and then navigate the national implementing regulations once they are enacted,” says Luttrell.

But in the medium term, demand will evolve from compliance to enforce¬ment, and this will be when dispute resolution lawyers will feel the benefits of the TPP. “International arbitration lawyers, particularly those skilled in ISDS, will benefit the most from the investment and financial services re-gimes of the treaty. International trade lawyers will also be in demand for the tariff disputes that will inevitably arise between TPP states,” says Luttrell. “Similarly, in the medium term, lawyers who are able to act and advise on cross-border environmental disputes will probably see increased workflow as the green framework of the TPP is established and enforced.”

Back to top
Tag
TPP