Shot in the Arm 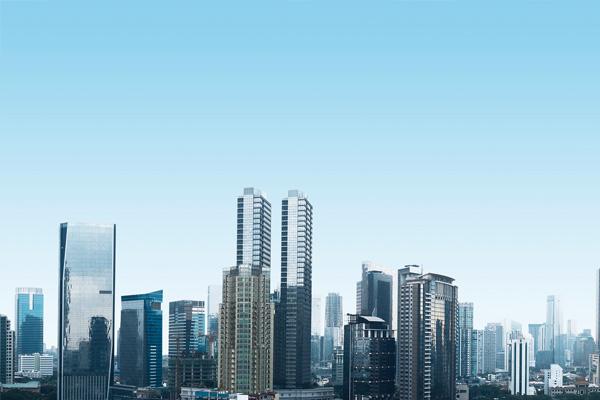 In May this year, rating agency Standard & Poor's (S&P) upgraded Indonesia's sovereign credit rating to investment grade, marking the first time since the 1997 Asian financial crisis that the country’s sovereign bonds received that rating. It was a long-awaited move, given that Fitch upgraded Indonesia to investment grade in December 2011 and Moody's did so in January 2012.

The upgrade was well received in Indonesia, with President Joko Widodo –popularly known as Jokowi – describing it as “very important.” According to Reuters, the main stock index in Jakarta went up more than 3 percent after the S&P upgrade – the biggest intraday percentage rise since October 2015 – and gained 2.6 percent for the day. The rupiah currency also rose and Indonesian dollar bonds rallied.

The S&P upgrade was due to a number of factors, including Indonesia’s recently concluded tax amnesty programme – said by many to be the world's most successful – and efforts to overhaul the taxation system, along with improvements in the country’s external balance.

“For the past few years, the investment climate in Indonesia has been improving, as evidenced by growing foreign capital inflows,” says Abadi Abi Tisnadisastra, a partner at AKSET Law in Jakarta. “The interest from foreign investors to invest in Indonesia continued to be high this year, and the rating upgrade from S&P certainly gives supplementary confidence booster for investors as it is a positive signal that Indonesia has strong economic fundamentals.”

Naz Juman Schinder, managing partner at Schinder Law Firm, points out that Indonesian authorities should receive credit for taking effective expenditure and revenue measures to stabilise the country’s public finances. “In recent years, Indonesia exhibited effective policymaking to promote sustainable public finances and balanced economic growth,” she notes. “The S&P ratings upgrade will make improve market perception towards investment in Indonesia. We expect that these facts will stimulate investment decision of domestic and foreign investors either by means of stock market, banking financing, or corporate funding.”

Indonesia attracted foreign direct investment worth 396.6 trillion rupiah ($30 billion) in 2016 – 8.4 percent above the 2015 total. Metals, machinery and electronics, chemicals and pharmaceuticals, paper and printing, and mining and transport were among the biggest recipients. The 2016 figure, however, excluded investment in banking and the oil and gas sector.

Wibisono observes that while investors always show interest in sectors like mining and energy, plantations and financial services, the fastest-growing sectors over the past three years have been railways, land and air transportation, electricity, and manufacturing of food and beverages. “Even though mining has declined significantly in recent years, it is still the favorite sector for investors,” she says. “To increase the investment in mining sector and in order to increase economic growth, the government has now redefined several main provisions on minerals and coal mining.”

He adds that the government has set a list of investment priority sectors, where infrastructure remains the main theme for the years to come. “Other sectors listed in the list includes agriculture, maritime and tourism,” shares Tisnadisastra. “In addition, we have also seen recent strong interests in healthcare, real estate and e-commerce & IT sectors.”

In an interview with Reuters earlier, Jokowi said the government would ease foreign ownership restrictions on certain industry sectors in August. He added that following the S&P upgrade, Indonesia was hoping for additional inflows worth $10 billion from pension funds and other institutional investors over the next two years. Ministers have been tasked with marketing the country aggressively to investors such as Canada Pension Plan and Japan's Government Pension Investment Fund.

In a bid to help the country win these additional inflows, Indonesian state firms are now aiming to get big international pension funds to buy their securities backed by future income of infrastructure assets, according to another Reuters report. Under a securitisation model, a company typically issues a trust-like investment structure that is backed by future revenue from a project or an asset, with investors earning a certain rate of return.

Indonesia's biggest toll road operator, PT Jasa Marga Tbk, for example, has begun working to securitise about half of the 4 trillion rupiah ($298.4 million) in revenue expected over five years from a road linking Jakarta to cities in West Java province, said Reuters. The securities – expected to offer annual returns of 8 to 9 percent over five years – have received a positive initial response from potential investors including pension funds, according to Reuters, quoting Donny Arsal, Jasa Marga's finance director.

Similarly, state-controlled electricity firm Perusahaan Listrik Negara (PLN) is issuing securities backed by the projected five-year income of 10 trillion rupiah from a power plant operated by its unit, Reuters reported. PLN decided on this new investment structure as it had already raised funds from bonds, bank loans and other sources, according to finance director Sarwono Sudarto, explaining that “there is already a limit to the existing models of funding.”

Lawyers, however, are not convinced on how effective the securitization plans will be. “The initiative from the government to attract additional inflows capitalising on Standard & Poor's recent credit rating upgrade to investment grade needs to be appreciated. However, we note that the effectiveness of this investment structure can vary greatly,” says Tisnadisastra of AKSET.

From an investors’ perspective, this involves high risk and low returns, according to Wibisono of Yang & Co. “Although the idea itself is promising and the infrastructure projects in Indonesia are booming, the fact is that the infrastructure investment scheme announced by President Joko Widodo is quite new in Indonesia. And from a financial point of view, the returns are not that significant, not to mention the long term period,” she says. “Given the above fact, it seems that most of the pension funds companies will prefer to allocate funds to safer instruments.”

Schinder of Schinder Law Firm points out that the pension funds would not be invited to invest in brand-new projects, or those that are being constructed, but only in those that already generate income. “This would make the investment less risky for the investor,” she says. “Therefore, to court foreign pension funds is one of the effective solutions to provide funds for the infrastructure projects. However, the state's debt would also increase, and the challenge for the government is to ensure all infrastructure projects run smoothly.”

As Indonesia moves to update its regulations to draw more investment into the country, lawyers are seeing a steady stream of work. “We find ourselves busy with many cases, mostly related to government infrastructure and mega projects,” shares Schinder. “The main concern of foreign investors is the government’s consistency in improving regulations and securing the implementation of such new regulations. In the meantime, we are generally providing our legal services such as legal consultation, due diligence, M&A, legal risk management and assistance with post-deal arrangement, bonds and insurance claims, advice on payment and collection issues.”

She adds that her firm is also assisting clients by drafting, vetting, negotiating and finalising main and ancillary agreements including concession agreements, power purchase agreements, EPC contracts, operation and maintenance contracts, fuel supply and transportation agreements, and so on. “Besides, we are representing few foreign investors in ongoing disputes with local entities, including arbitration and civil court cases,” says Schinder.

According to Tisnadisastra, his firm is busy helping clients understand legal requirements that are relevant to their investment/proposed investments. “Clients must be aware that other than formal regulations, assessment on informal policies and practical approach is necessary,” he shares. “We also advise clients on potential exposure related to their investments/proposed investments so they are able to make the right decision and, if possible, to have a clear plan on how to mitigate the risk. At the moment, our firm is busy handling M&A transactions in various industries, project financings, energy and power related investments, real estate transaction and other matters.”

Most clients that approach Yang & Co. are seeking creative and effective legal strategies to help them pursue their goals in doing businesses in Indonesia, says Wibisono. “We are not just drafting contracts or reading any regulation and advising what to do and what is prohibited,” she says. “We offer solutions to guide a client’s business through unfamiliar situations and help the business to succeed. We have advised mining companies, plantation companies, oil companies, insurance companies, banks, financing companies, and so on. Recently, we have been busy with works related to real estate – mostly for hotels and malls – project finance, and F&B.”