China Pacific Insurance launched a London listing on Friday to raise up to $2.15 billion, reviving a scheme to build investment links between the two countries after a series of delays.

CPIC will look to sell just over 113 million global depositary receipts (GDRs)- including the greenshoe over-allotment - and has set a price range of $17.60-$19.00 per GDR, one of its lead managers said. This represents about 9% of the company’s share capital in Shanghai.

The listing is expected to price on Tuesday, June 16, and trading is set to begin the next day.

Insurance giant Swiss Re has agreed to acquire up to 28.9 million GDRs in the offer, which is part of the Shanghai-London Stock Connect scheme which will allow mainland Chinese companies to expand their investor base.

The original plan was for several companies to take part in the scheme in the first couple of years since its 2018 launch, but so far only one company, Huatai Securities, made the trip from Shanghai to London last June.

Chinese authorities suspended new listings under the scheme in December — even as SDIC Power was in the process of completing a deal — but changed their stance earlier this year. 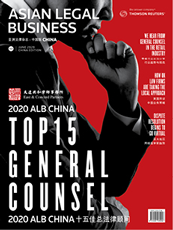